Where am I now? 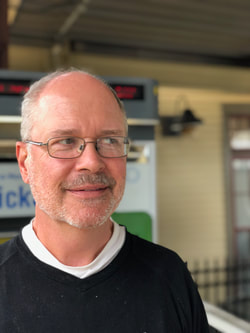 “People make their own history, but they do not make it as they please; they do not make it under self-selected circumstances, but under circumstances existing already, given and transmitted from the past. The tradition of all dead generations weighs like a nightmare on the brains of the living.”  Karl Marx, The Eighteenth Brumaire of Louis Bonaparte (1852)

I am an historian and an activist, and those vocations are closely linked in both the major topics that have occupied me, antiwar/solidarity organizing and electoral politics.

First, my work to understand and combat US imperialism. My early life was shaped by the Vietnam War, so my first political engagement was the 1969 Moratorium. My real political formation was in the El Salvador solidarity movement (CISPES!) in 1982-1995, while going to graduate school at Rutgers and writing my first book, Where the Boys Are: Cuba, Cold War America, and the Making of a New Left (1993). I then worked as Organizing Director of Peace Action in 1995-2000, before I got a job teaching at Franklin & Marshall in 2001.  In 2002, I helped found the antiwar coalition United for Peace and Justice, and served on its Steering Committee representing Historians Against the War (HAW) through 2008.  HAW has persisted organizing inside and outside our profession, and in 2017 we re-founded it as Historians for Peace and Democracy (www.historiansforpeace.org).  I serve as H-PAD’s Co-Chair.

Equally important has been my interest in electoral politics. In the 1970s I worked on the presidential campaigns of George McGovern (1972) and former Oklahoma Senator Fred Harris (1976), a sharecropper’s son who ran a class-based campaign not unlike Bernie Sanders’ (our slogan was “The Issue Is Privilege”). From 2004 through the present, I have helped direct Franklin & Marshall’s "F&M Votes" campaign, a joint student/staff/faculty effort which both registers and turns out our student body on Election Day.

This focus on practical politics carries over into my scholarship. In all the books and articles I have written about the New Left “movement of movements” in 1950-1975 (and after that, “the world the Sixties made,”), the focus is on how radicals sought to gain power and influence policy.  Eventually this led me into studying the long-term political evolution of American democracy and the question of Black Power--whether or not African Americans would ever be, or could ever be, "first-class citizens." To my surprise, I have found that this question was debated as far back as the 1790s, and that black Americans were always part of that debate. In 2020 I will publish two books:
Native Sons: Black Politics in America, From the Revolution to the Civil War (University of North Carolina)
​Revolutions and Reconstructions: Black Politics in the Long Nineteenth Century, a collection I have edited with David Waldstreicher (Penn Press).

(For a detailed academic CV go to http://www.fandm.edu/van-gosse).